“Peter and I were both wrongly convicted and sentenced to death. Separately, we found that healing and forgiveness were the keys to a happy life afterwards. Now, through our foundation we are able to share our happiness and healing with many others.” – Sunny Jacobs

The Sunny Center Foundation is a non-profit organization that helps people who have suffered the injustice of wrongful conviction, giving them support after they have been exonerated and released from prison.

It was established by Sunny Jacobs and Peter Pringle, both of whom were sentenced to death for crimes they did not commit. Sunny was released in 1992 after spending 17 years incarcerated in Florida, and Peter in Ireland in 1995 after 15 years in prison.

They met in 1998, fell in love, got married and became part of each other’s path to healing and happiness, using the practices of yoga, meditation and prayer – the same methods that each of them had used in prison to help them survive their ordeal.

In 2012 they began welcoming exonerees into their home. In 2014, the foundation was established and they were able to extend their assistance more broadly, using a unique holistic approach encompassing physical, mental and spiritual healing and ongoing support. The Sunny Healing Retreat Center, Ireland

In 2020, their mission expanded to helping families and others who’ve been affected by the injustice of wrongful conviction as well as extending their healing techniques to the general public. See OUTREACH

Apply for our program

Get in touch and we can see whatever fits you best. 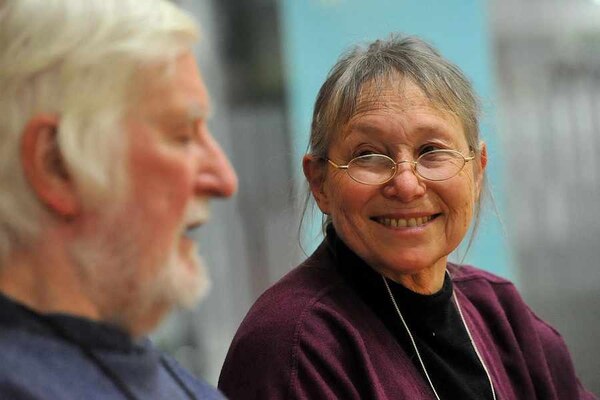 A message from Sunny about Peter

The time has come to say farewell to our dear Peter, who is in the process of transitioning from this body and this plane.
Read More

‘Send them green.’ A special message from a Sunny Center supporter!

“I had the wonderful opportunity to be a guest at the Sunny Center this past July. My first trip to Ireland, it always is a magical moment to visit friends who live overseas…”

The events in Ukraine over the past several days have been ever-present in all of our lives through the daily news and constant social media. These times can be especially difficult for Exonerees because of the traumas they are working to overcome.

Exonerees are succeeding, thanks to you!

Helping people exonerated of crimes they did not commit, setting them back on the path to a fulfilling life, is a monumental task that we depend on the dedication of volunteers, both near and far, to achieve.

Love Is Always the Answer

Winter is always a little bit quieter than the rest of the year. After a long day spent maintaining the Sunny Healing Center and getting it ready for visitors, it’s time for us to cuddle up with the kittens and, of course, Barney, on chilly winter evenings with a warm fire in the hearth.

A Happy, Healthy and Healing New Year to All

Love has no barriers and no limits. And neither does our gratitude for your continuing support and friendship. Know that you are never alone, because you are part of our family.

Happy Holidays to Our Friends Near and Far!

These are extraordinary times. And you’ve all been extraordinary supporters. Thanks to you, we’ve been able to keep helping Exonerees in the midst of a global emergency.

An incredible opportunity to support The Sunny Center

We are so excited to announce that our board member, artist Peter Tunney, is auctioning two of his masterpieces.  You can go directly to usatoday.com/nft to get all the details.

It Takes A Community to Help Exonerees Heal

What an amazing summer this has been. We’ve been at home, raising a litter of kittens in our polytunnel and collecting eggs from our hens. And at the same time we have been able to reach out into the world and continue helping Exonerees.

Yoga and meditation are so central to our life and work at The Sunny Center. We meditate each morning to help us approach the day with a calm, clear mind (and some extra energy)!